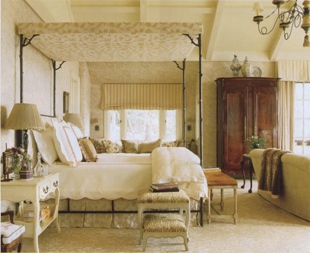 High in the Rockies, designer Charlotte Moss conjures a compelling contrast between her elegant sophistication and the rugged mountain terrain.