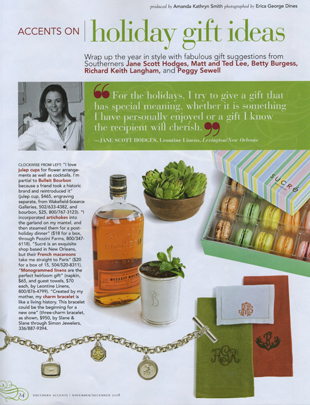 “For the holidays, I try to give a gift that has special meaning, whether it is something I have personally enjoyed or a gift I know the recipient will cherish.” - Jane Scott Hodges, Leontine Linens, Lexington/Georgetown.