Inspired by a renowned London cocktail bar, a couple asks Steven Gambrel to conjure an aura of old world glamour in Manhattan.

"Its a rare decorator who would attempt to re-create the magic of a foreign trip trying to bring it all home. The beauty of say, a riad relies on more than its interior courtyard and the tiled walls that surround it... So it might come as a surprise that Steven Gambrel, a designer whose reputation rests on his respect for history and wuthenticity, would agree to a couples desire to conjure London in Manhattan - inspire not by some stately English townhouse but by a bar." To read the full article check out the September issue of Elle Decor, on newsstands now!

With his keen eye for re-creating a London bar in Manhattan Gambrel used an array of colors and styles to create a chic custom look in the homeowners bedrooms and bathrooms.

Create your own custom look today by contacting us! 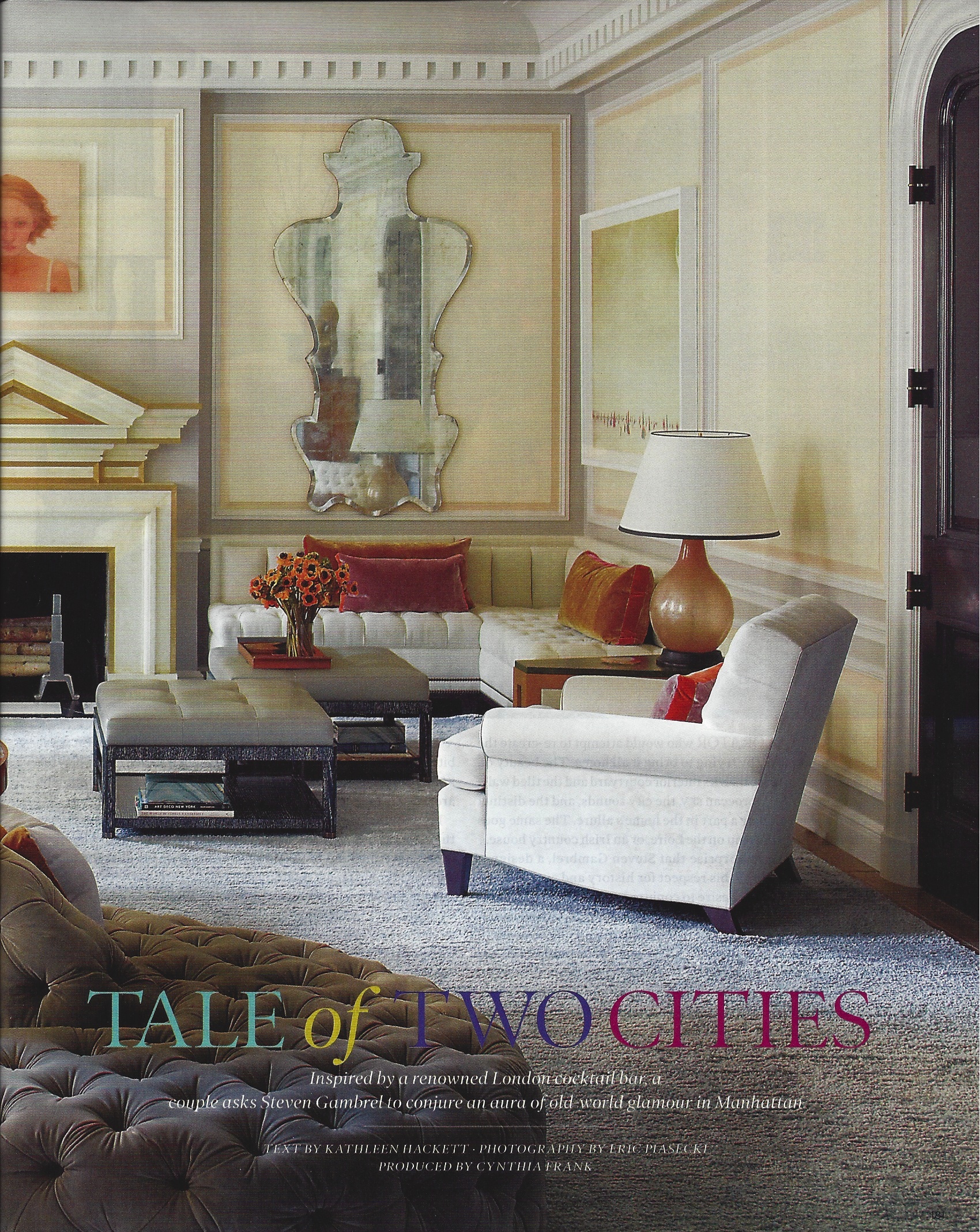 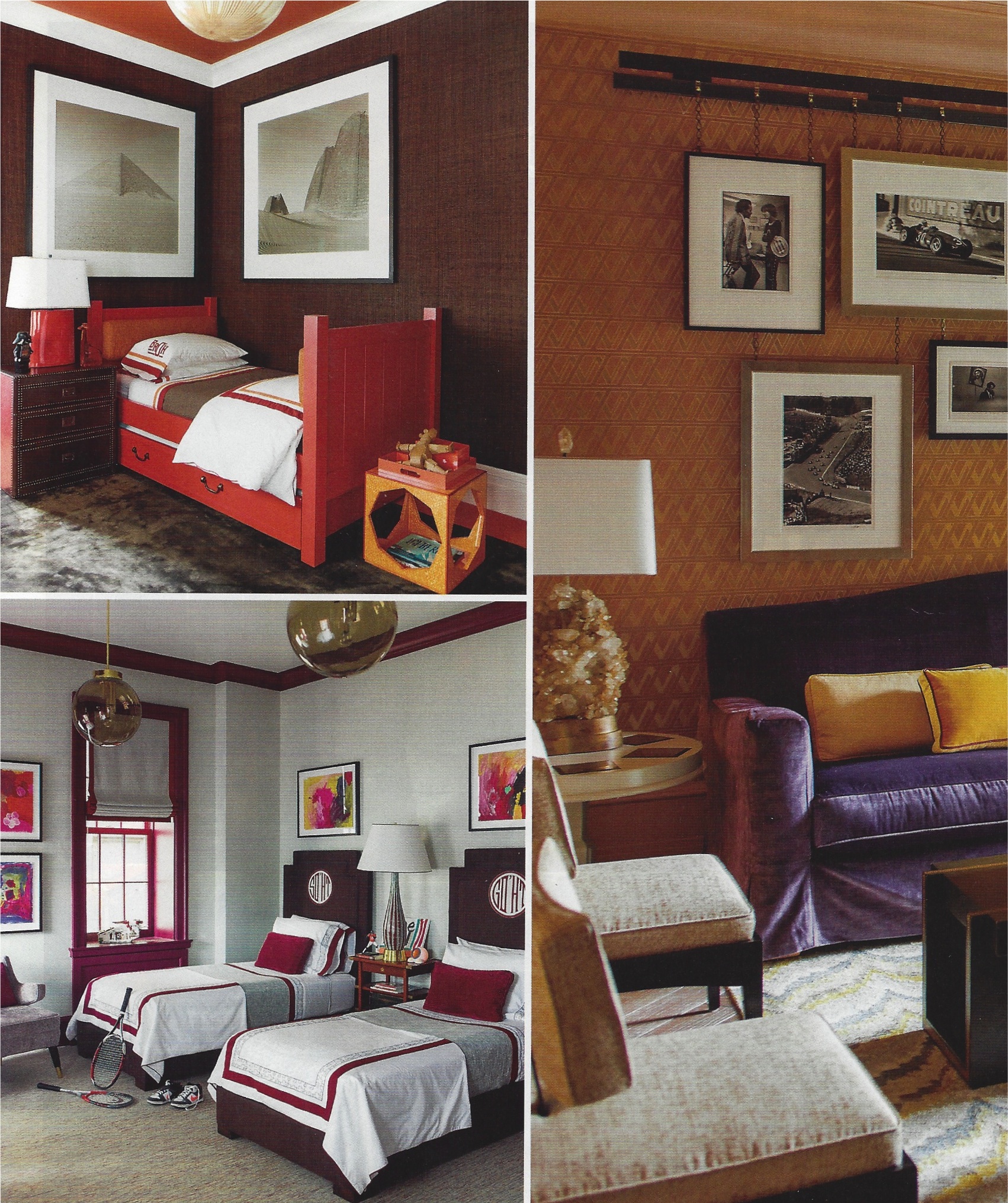 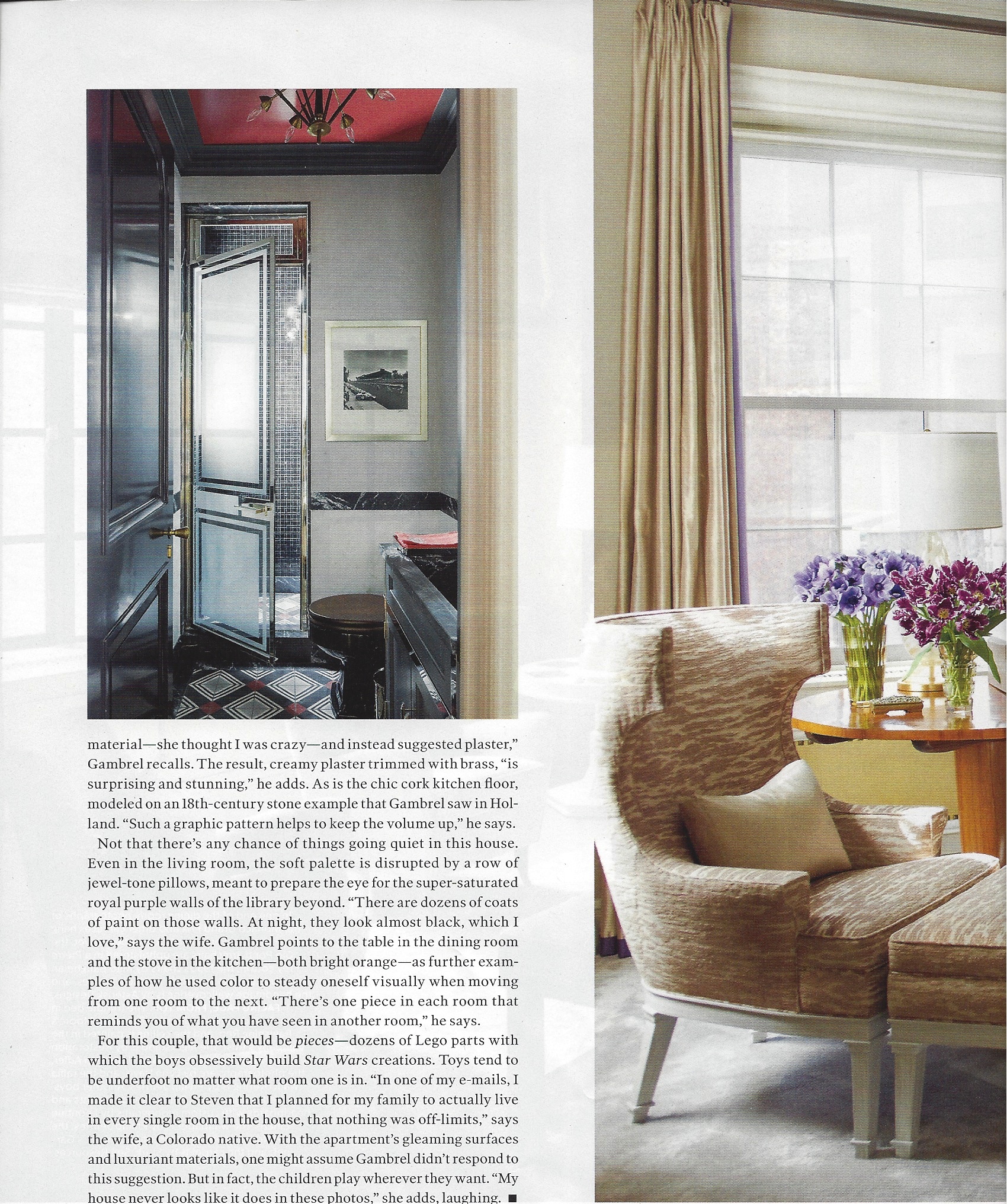 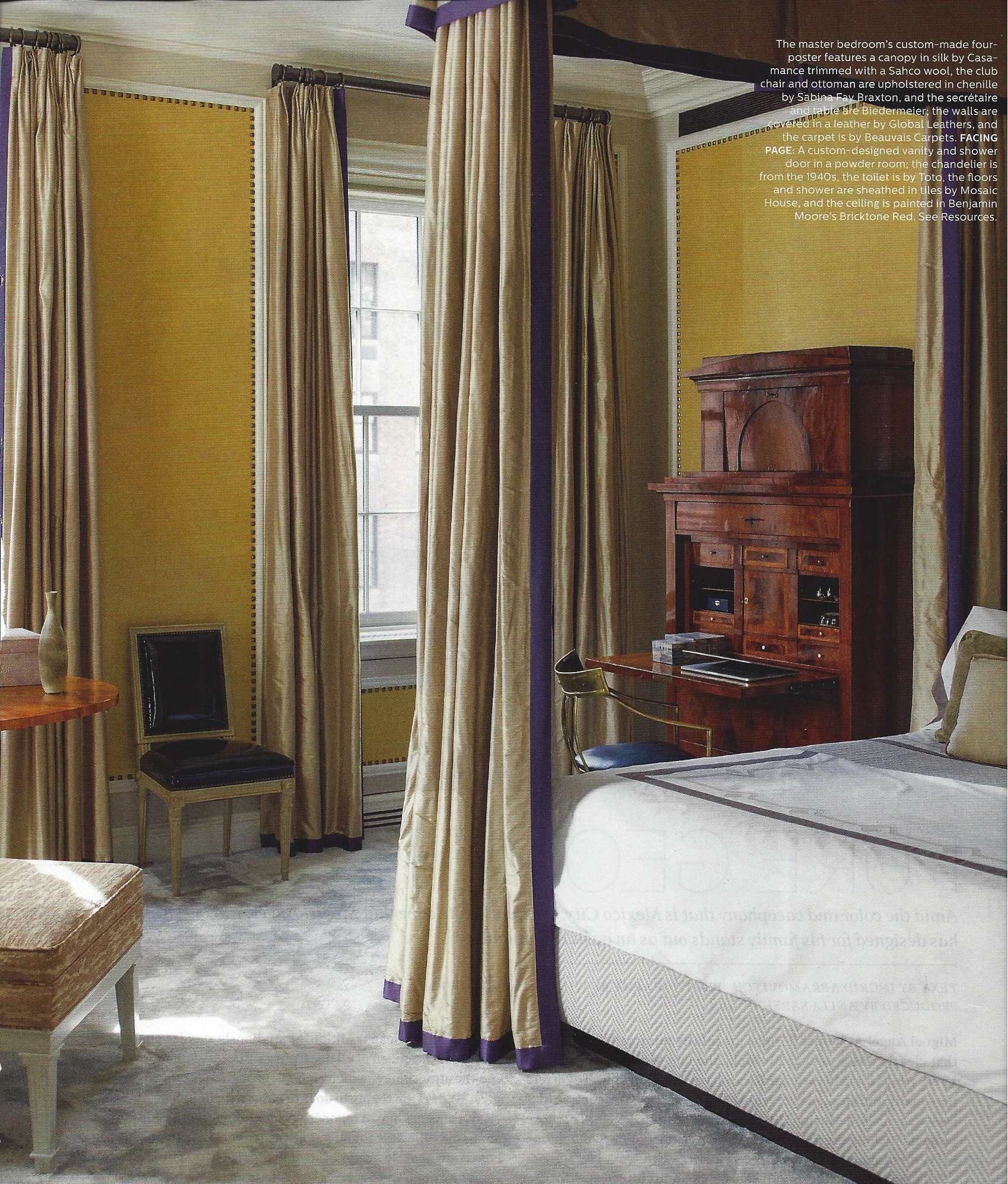